Home About Us Our Pathologists Dr O O Dawodu 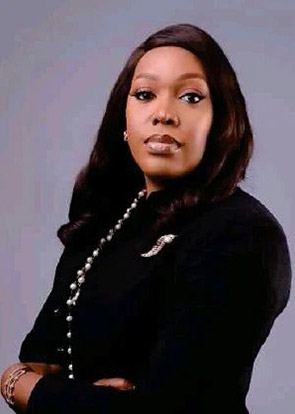 Dr Olayemi O. Dawodu began her career at Clina -Lancet Laboratories on the 1st of February 2015 as the country Histopathologist for Nigeria; where she built the number of clients and samples as well as effectively managed the histopathology unit. She was promoted to the position of Managing Director/ CEO and Pathologist- in- charge at Clina- Lancet Laboratories in April 2016.

She holds an M.B.B.S from the College of Medicine, University of Lagos, as well as fellowships in Pathology (Anatomic pathology) and Laboratory medicine of the National Postgraduate Medical College of Nigeria and West African College of Physicians respectively. She is eligible to practice pathology in Nigeria and the West African region.

She was the Chief resident in the department of Anatomic and Molecular pathology at the Lagos University Teaching Hospital where she trained as a pathologist. She also has extensive experience in the other pathology sub-specialties which include Haematology, Clinical chemistry and Microbiology by virtue of her comprehensive pathology training. She also had training at the Department of Pathology, Indianapolis University and Purdue University, Indiana,USA.

She practices as Consultant Anatomic Pathologist with special interests in Gynaecologic pathology, Endocrine pathology with emphasis on the thyroid gland and environmental pathology.

Dr Olayemi Dawodu has received awards which include “Medical Personality Leadership Prize Winner 2016” organized by the African Prize for Leadership Excellence Awards” in conjunction with the African Union and ECOWAS, Honorary Award winner at the 2017 ECOWAS Quality Awards for the “Best Female CEO in the West African region” organized by ECOWAS, European Union and UNIDO in recognition of the implementation of a successful Quality Management system in the organisation.

She fosters a team-based approach to achieving organisational goals and she is keen on the provision of excellent quality pathology and diagnostic services to the Nigerian citizenry. She is involved in charities and sits as Board of Trustees and signatory as well.